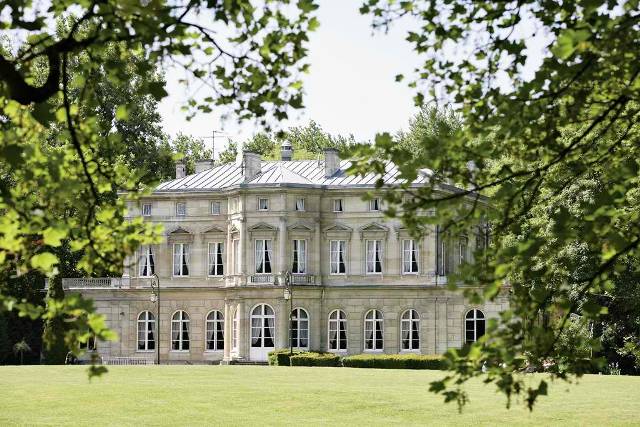 Location: Cambrai, in the Nord departement of France (Nord-Pas-de-Calais Region).
Built: 19th century.
Condition: In good condition.
Ownership / Access: --
Notes: The Château de la Motte is a castle located in the historical city of Cambrai, in the Nord-Pas-de-Calais. It was conducted in 1850 by the celebrated Parisian architect Jacques Ignace Hittorff. In 2010, a second refurbishment program is launched, the lounges and rooms of the castle all his redecorated and respect the spirit of the place. Respect for the work of Hittorff is evident in the castle of operating policy Motte. Similarly, the 8-hectare park is regularly maintained to maintain and renew the many species present. Each renovation needed, the focus is on ethics and heritage preservation, to enable everyone to discover and enjoy. It is possible to visit the castle during Heritage Days.