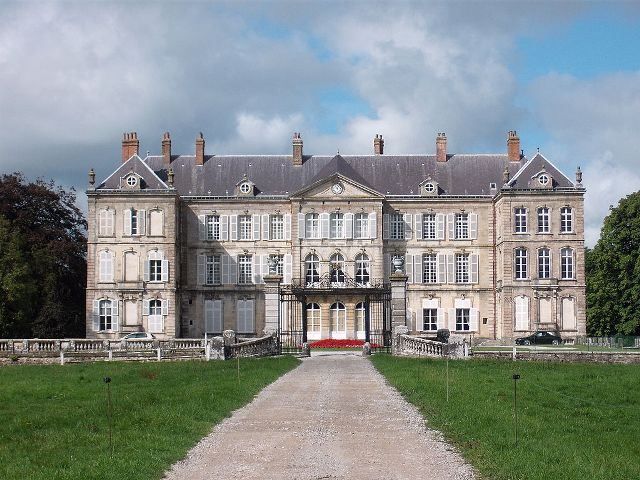 Location: Colembert, in the Pas-de-Calais departement of France (Nord-Pas-de-Calais Region).
Built: 18th century.
Condition: In good condition.
Ownership / Access: Famille Law de Lauriston-Boubers.
ISMH Reference Number: PA00108255
Notes: Château de Colembert is a castle located in the municipality of Colembert in the department of Pas-de-Calais.The land Colembert was erected in marquisate in favor of Gabriel Maulde by Louis XIV. Anne-Louise Isques brought it in marriage to Count Sainte-Aldegonde in the middle of the eighteenth century. The present castle was built between 1776 and 1784 by the architect Charles Giraud Sannier for the Comte de Sainte-Aldegonde on the site of an ancient castle. He was seized and sold as national property during the Revolution. Louis-Charles de Sainte-Aldegonde, son of the former owners could buy the castle. He married Josephine Marie du Bouchet des Sources, Louise Elizabeth Girl Croy Tourzel and granddaughter of Louis II of Bouchet Sourches. Their descendant, Baron Olivier Law de Lauriston Boubers-in is the current owner. The monument is the subject of a classification as historical monuments since April 2, 1980.