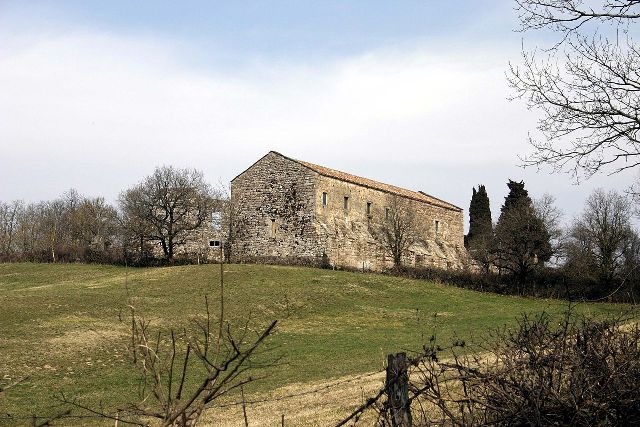 Location: Vaour, in the Tarn departement of France (Midi-Pyrenees Region).
Built: --
Condition: In good condition.
Ownership / Access: Privately owned.
ISMH Reference Number: PA00095653
Notes: Commanderie de Vaour is located in the Tarn department about 80 km northeast of Toulouse, between Albi and Montauban, north of Forest Gresigne. The Commandery was founded in 1140 when the Penne Knights donated a house in Pierre Humbert. There were only a dozen knights, the rest had been established in various outbuildings in the area such as: Montricoux, Cahors, Lacapelle-Livron, ... The Knights Templars were exempt from duties and taxes lords in exchange for protection to the local population. The Commandery of power extended over seven townships and into the Quercy. This influence is established with donations from religious Septfonds and Chancelade and those of the Count of Toulouse. There are few documents about life in Vaour. In 1303, when the conflict between Philip the Fair to Pope Boniface VIII is at its peak, Bernard Roche, Commander of Vaour, is contained in an act where the prelates and clergy of senechaussees Beaucaire, Carcassonne and Rodez take party of the king of France. This act was drafted on July 25 in Montpellier. After the dissolution of the Order of the Temple Commandery and all its property devolves to the Order of Saint John of Jerusalem that will keep until the French Revolution.