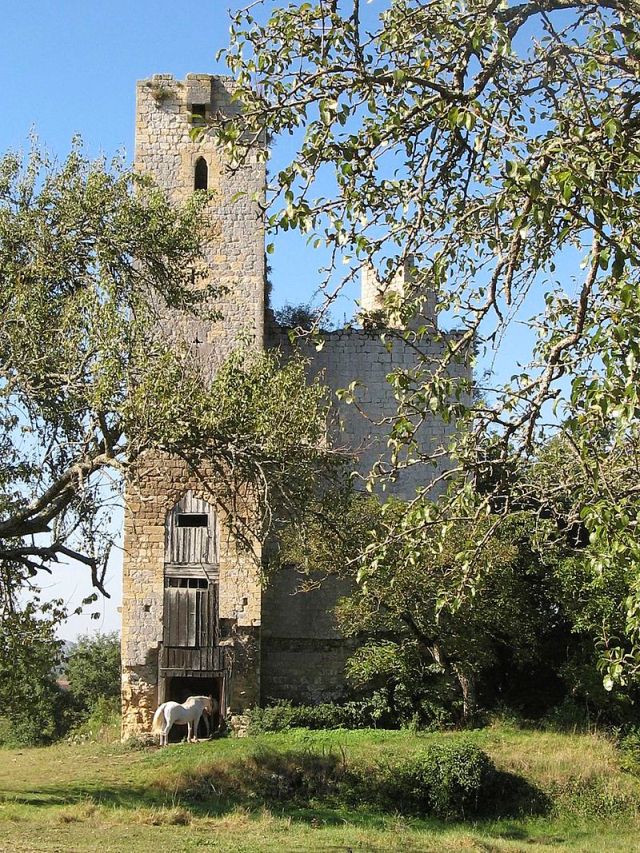 Location: Maignaut-Tauzia, in the Gers departement of France (Midi-Pyrenees Region).
Built: 13th-16th century.
Condition: In good condition.
Ownership / Access: --
ISMH Reference Number: PA00094852
Notes: Château du Tauzia built in the early thirteenth century, in the municipality of Maignaut-Tauzia (Gers) is a castle "type Gascon." Usually found the name "Castle of Tauzia," but "the Tauzia 'prevails locally. "Tauzia" comes from Pyrenean, black oak. It should not be confused with the castle Tauzia in Gradignan (Gironde).It is a rectangular main body, whose ground floor was devoid of openings. It is flanked by two towers, the main square at the corner is protecting a door, the second west corner being a simple rectangular turret placed obliquely corbelled. Later, the interior is divided on two floors by a partition wall, which receives stacks. Around 1500 are drilled windows with mullions and is raised a circular staircase that protrudes slightly on the southeast façade. Further strengthened at the time of the Fronde, the castle was abandoned and then slowly falls apart. The staircase is destroyed in the nineteenth century.