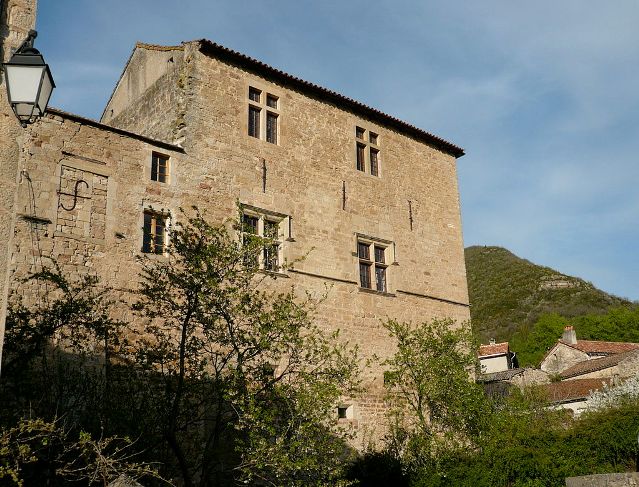 Location: Versols-et-Lapeyre, in the Aveyron departement of France (Midi-Pyrenees Region).
Built: 14th-17th century.
Condition: In good condition.
Ownership / Access: Privately owned.
ISMH Reference Number: PA00094195
Notes: Château de Versols is located in the town of Versols in Aveyron. The castle is built on a terrace overlooking the village and the valley of the Sorgue happening to her foot. In 1256, when buying the fief by Jean de Roquefeuil, the castle is a fortified moulon with a courtyard. Placed several times in defense against the English, the castle is provided with a postern, three corner towers, turrets and two outdoor. The current house dated to fifteenth and sixteenth century, has two floors on square base. It is lit by two bays of cross renaissance. His great hall, or Gothic tinel, has a fireplace and murals remnants who are registered historical monument in 1988 (facades and roofs as well as the Gothic Tinel with a fireplace and murals remains). The base rests on a set of old vaulted cellars and nested within the other.