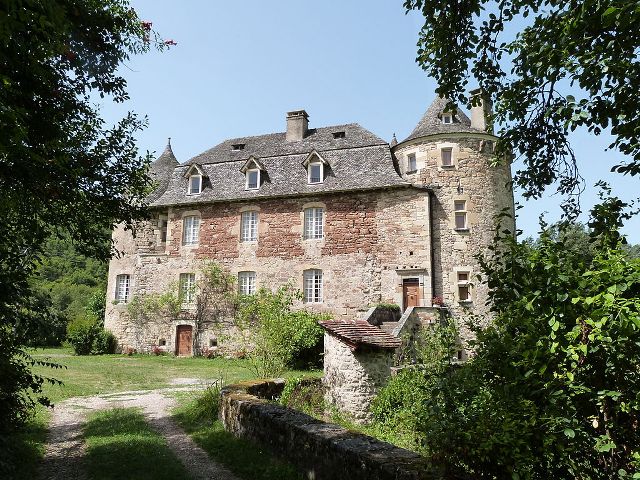 Location: Capdenac-Gare, in the Aveyron departement of France (Midi-Pyrenees Region).
Built: 14th century.
Condition: In good condition.
Ownership / Access: Privately owned.
ISMH Reference Number: PA00093988
Notes: Château de Saint-Julien d'Empare is a castle located in Capdenac-Gare, France. The castle built in the Middle Ages was originally composed of a central body between four corner towers, three of which remain today. These towers still wear the architectural elements that remind them fortified character. (Crows, loopholes, etc.). The book was surrounded by ditches filled today, but whose traces are still west of the site. The building was radically altered in the eighteenth century: deleting the original central body and a tower, construction of the current central body between the North Tower and the South Tower. In Occitan language, the name of the places expressed a protective and defensive role. Built in the fourteenth century, it was later owned by the lords of Empare for centuries. The castle was rebuilt in 1762 in Renaissance style, then confiscated during the Revolution and sold as national property. The castle and the castle farm was acquired in 1795 by Martial Bataillou. Batallou the family exploited the farm as silk and the castle was long used as a farm annex. The building has been, since 1970, major restoration and development habitable condition. The building is registered as historical monuments in 1977.