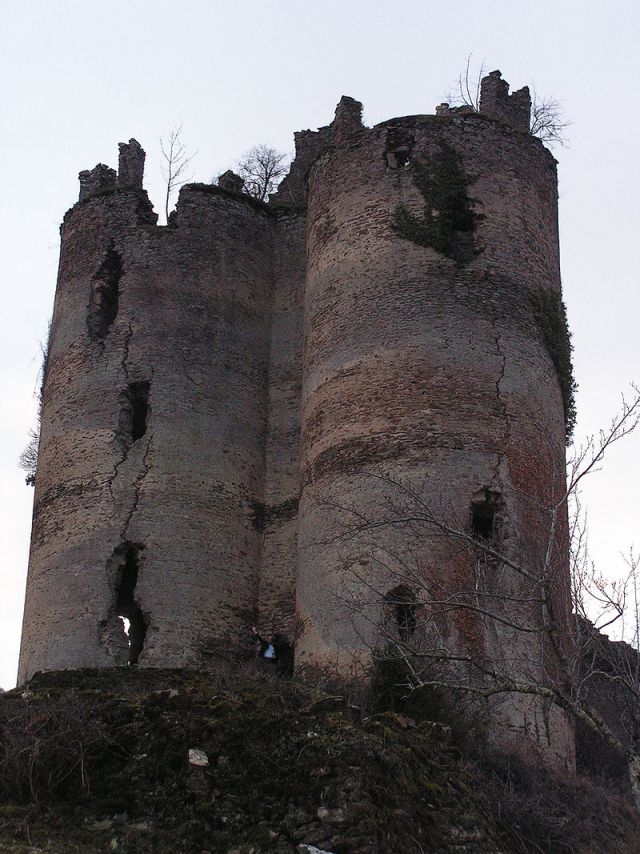 Location: Salvetat-Peyralès, in the Aveyron departement of France (Midi-Pyrenees Region).
Built: 1250.
Condition: Ruins.
Ownership / Access: Private property.
Notes: Château de Roumégous is located in the hamlet of Roumegous, in the municipality of La Salvetat-Peyralès in Aveyron.Roumegous were the first lords of the Cadolle, family who also contributed to the twelfth century to the founding of the monastery of Good Combe. The lords of Cadoule abandoning their fortress have built a castle to Roumégous 1250. Oral tradition as the site Cadoule, depopulated by the Black Death in 1348 to 1349, was destroyed by the British soon after 1360 when the Rouergue was given to the King of England by the Treaty of Brétigny. The lord of Cadoule then built another castle in Roumégous (beat) that would have resisted him victoriously to the invaders. This is also the time, or as a result of the Treaty of Brétigny, who was Viaur border possessions of the King of France and those of the King of England, that the valley was covered with castles and fortified places.