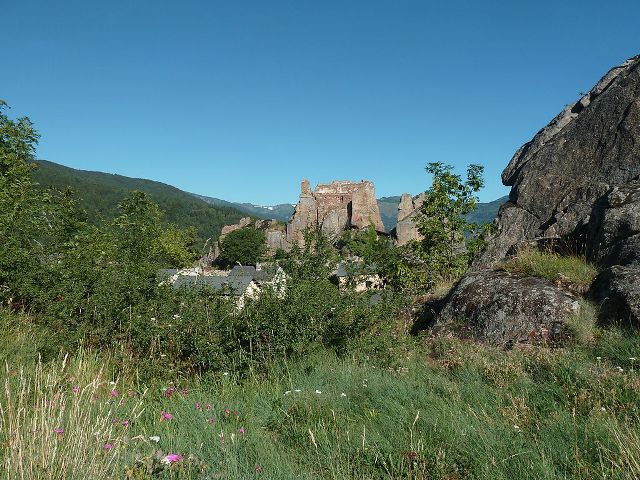 Location: Quérigut , in the Ariège departement of France (Midi-Pyrenees Region).
Built: 15th-17th century.
Condition: Ruins.
Ownership / Access: --
Notes: Château de Quérigut is located on a rocky outcrop in the village center Quérigut (Ariege).Castle Quérigut is mentioned in a text dating from 1208. The fifteenth century until the late seventeenth century, it was repeatedly besieged by the Spaniards. An attempt to take the castle fails in 1495. In 1589, the attackers managed to burn. In 1607, Louis XIII establishes a garrison there. It will be deleted by a judgment of the State Council of 25 April 1638. The castle was burned again in 1676. In 1709, Louis XIV ordered the restoration of the castle and established a garrison again. It remains today a massive castle tower in ruins, which was the old dungeon.