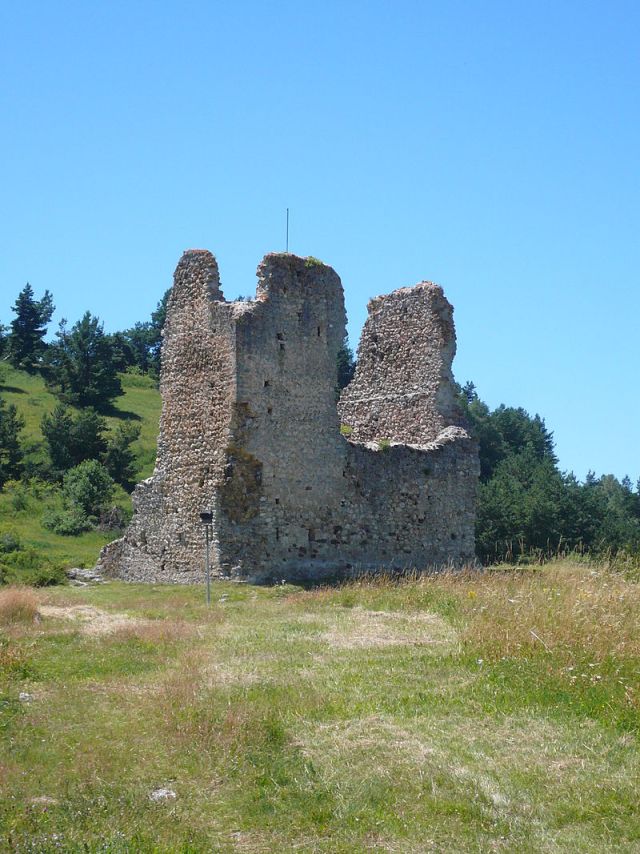 Location: Montaillou, in the Ariège departement of France (Midi-Pyrenees Region).
Built: 13th century.
Condition: Ruins.
Ownership / Access: Owned by the municipality.
ISMH Reference Number: PA00093884
Notes: Château de Montaillou is a medieval fortress in ruins located above the village of Montaillou in the department of Ariege, France. The remains of the keep and the yard seated on a hill and dominates the high valley of the Hers, on the border between the former county of Foix and the Sault.The castle is attested since the thirteenth century when its owner Bernard Allion, son of Count Roger IV of Foix, embraces the Cathar cause. Montaillou is one of the last Cathar strongholds to fall, when Bernard of Allion is condemned for heresy and burned in 1258 in Perpignan. The castle was probably demolished at that time. It was rebuilt a few decades later in 1272 and is mentioned in the list of fortresses of the Count of Foix ensuring the defense of the border of the county against Aragon. It gradually loses its role of border post, and King Louis XIII ordered its demolition in 1638. It now remains only a few walls of the keep and the curtain of the yard and track ditches. The remains are registered as a historical monument since 1984.

How To Get To Château de Montaillou (Map):