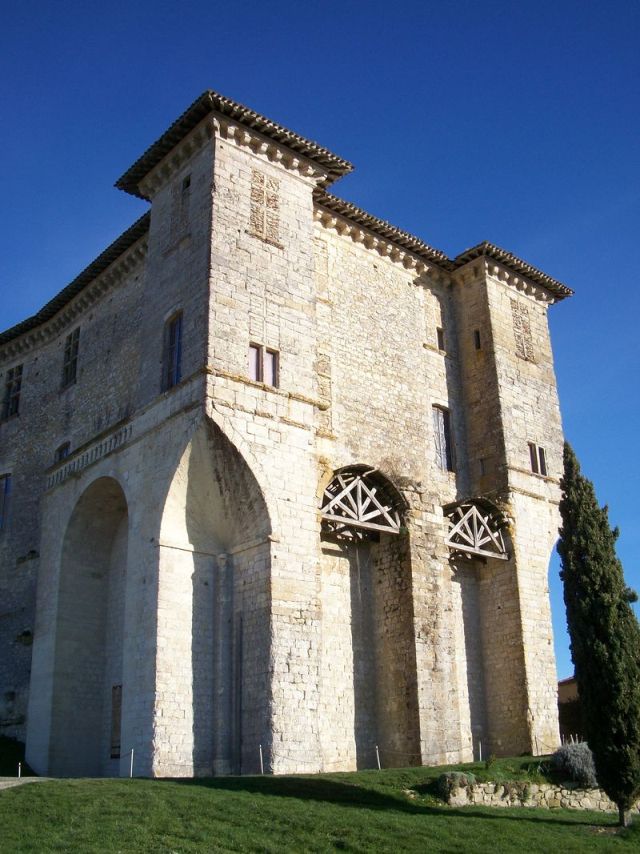 Location: Lavardens, in the Gers departement of France (Midi-Pyrenees Region).
Built: 13th-17th century.
Condition: In good condition.
Ownership / Access: Privately owned.
ISMH Reference Number: PA00094836
Notes: Château de Lavardens is a castle built in the seventeenth century on the site of a former medieval fortress established at the highest point of the town of Lavardens (Gers).A castle is attested to this location in 1140. The first known squire, Gerald Isle-Arbéchan, is a vassal of Count Fezensac. The castle then fell under the ownership of the Counts of Armagnac, which John first making his main residence and gives customs between 1400 and 1410. His wife Odile Goth is dead. There shall cause its archives. The possessions of John V of Armagnac fall into the royal domain after taking Lectoure by Louis XI and the death of the Count of Armagnac in 1473. His younger brother, Charles I of Armagnac, trying to keep them, but it is imprisoned for many years in the Bastille and returns to Lavardens, very weak in 1484, after the death of Louis XI. The castle was stormed by the troops of Charles VIII in 1496. 1 Charles died the following year in Castelnau-de-Montmiral, in Albi, where he had taken refuge. The abandoned castle crumbling.

How To Get To Château de Lavardens (Map):