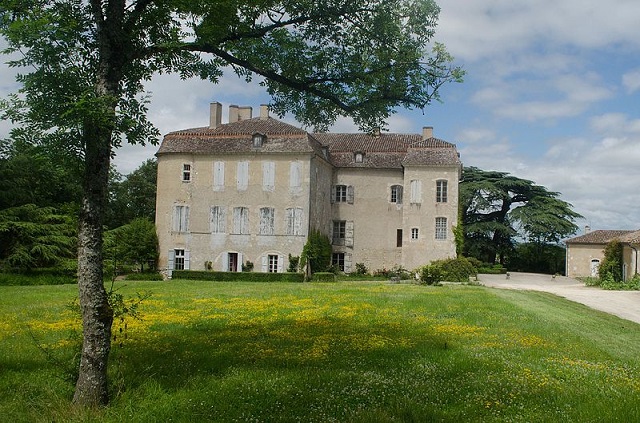 Location: Saint-Avit-Frandat, in the Meurthe-et-Moselle departement of France (Lorraine Region).
Built: 13th century.
Condition: --.
Ownership / Access: Private company.
Notes: The castle of Lacassagne, in Saint-Avit-Frandat (Gers) is a castle whose construction spread from the XIIIth to the XIXth centuries. It is known for housing the replica of the hall of the great masters of the order of St. John of Jerusalem, or knights of Malta, whose original is in Valletta, on the island of Malta.The castle is in an English park created in the seventeenth century. Around the tower-room of the thirteenth century, architectural elements were successively added. The round tower on the northeast façade contains the staircase which served three floors, two today, and then, in the 17th century, were added the two round towers which frame the central body. At the same time the whole is covered with a broken roof at the Mansart, with tiles channel and flat tiles. In the eighteenth the two towers are connected, on the level of the first floor, by a balcony supported by crows. The west wing was added in the nineteenth century, as well as the common (1850) which delimit the court. The castle was inscribed and listed as a Historical Monument on 20 February 1980: the facades and roofs of the castle, the communes and the orangery are protected, as well as the Knights of Malta Hall with its decor.

How To Get To Château de Lacassagne (Map):