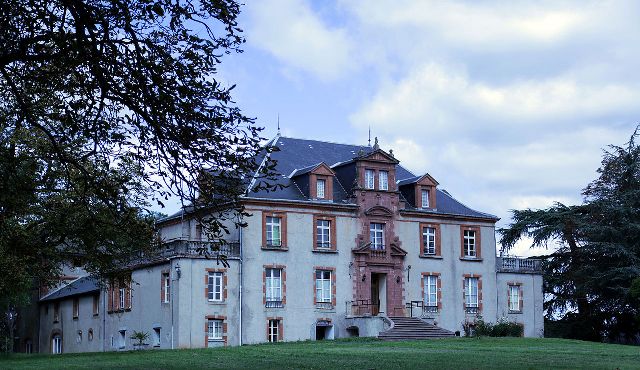 Location: Crespinet, in the Tarn departement of France (Midi-Pyrenees Region).
Built: 16th century.
Condition: In good condition.
Ownership / Access: Private property.
Notes: Château de la Gautherie is a monument in the town of Crespinet, France.Charles de Berne (1620 - 1659) was the first "lord of the Gautherie" Family From Berne Cussac. Sixteenth and eighteenth century, the family De Berne Cussac owned the castle. In 1817, the castle of Gautherie, belonged to Mr. Joseph Falgayrac. The castle returned to Berne Charlotte who sold the October 25, 1863 to Mr. Palasi. In 1914, Mr. Palasi sold Malphettes Master who was a notary in Albi. In 1974, Mr. Fournials bought the castle. A tenant installed a restaurant that went bankrupt in 1977. In 1978, the Bethany Association bought with the rest of the property, about six hectares. In 1979, children's holiday center is installed. This is the beginning of the renovation of the castle. In 1982, a nursing home opens in place of the holiday center. The capacity is increased with the construction of six annexes pavilions. In 2004, the retirement home is moved in the municipality of Sérénac. In 2006, SCI Chatelaine Moune and son acquired the estate, which is placed, some time later, under the control of a legal representative and, until 2013. Abandoned, the castle was looted and vandalized many times. In January 2014, the family acquired the Dms Debah Major renovation work area is ongoing.