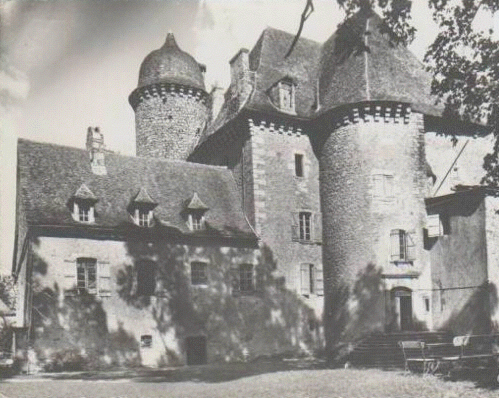 Location: Peyrusse-le-Roc, in the Aveyron departement of France (Midi-Pyrenees Region).
Built: 14th-18th century.
Condition: In good condition.
Ownership / Access: Famille d'Armagnac de Castanet.
Notes: The Château de la Caze is a rustic fortified renaissance castle, situated in the municipality of Peyrusse-le-Roc in the Aveyron. about 2 kilometers southwest of the town. rectangular main building of three floors on a mezzanine floor, flanked by two round towers, one half engaged in the middle of the main facade, the other taller and covered dome in western angle. The whole is crowned with machicolations at the same level for the front turn. In the eighteenth century, the windows were repercées and a low wing on one floor mezzanine and four bays was contiguous. Attic steep slate covered. We enter the castle by a flight of nine steps that gives access to an open gate in the round tower facade. This castle is privately owned and not open to public.