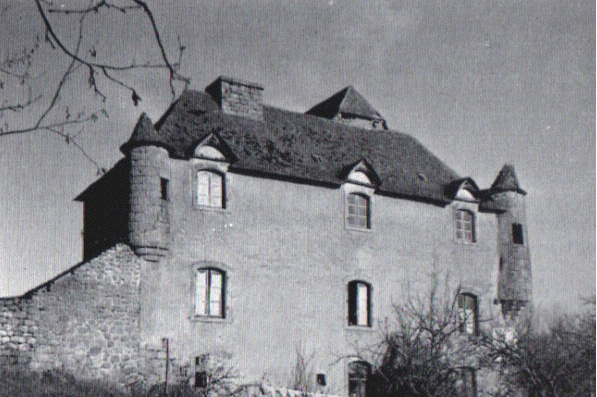 Location: Le Nayrac, in the Aveyron departement of France (Midi-Pyrenees Region).
Built: 15th-17th century.
Condition: Ruins.
Ownership / Access: Private property.
Notes: Château de Frayssinet is a castle located near the village of Nayrac in Aveyron. Frayssinet is a fairly common place name in the Languedoc area, the Latin meaning a prototype Fraxinetum ash or wood ash, has taken many forms in different times and places. In Auvergne, Lozère, Quercy, Rouergue and Gascony, we find Fressinet variants, Freyssinet, Fraissinet, Freycinet Fressinhe, etc. whose form was attached with the land registry and maps of the late nineteenth century. Logis renaissance which was built in 1582 by Vital of Yzarn of Freissinet, commander of the city of Rodez deliberation by the inhabitants (1562), and Jeanne Thézan his wife on plans Salvaing Jacques, architect of the Cathedral of Rodez. Their arms are on the lintel of the front door of the hall. A second building, leaning against the first, was built in the seventeenth century. The castle had a chapel which was destroyed during the Revolution, but the beautiful altarpiece is in the parish church. The castle tower fell into disrepair and the building is deteriorating for several years. This private castle is falling apart, it can not be visited.