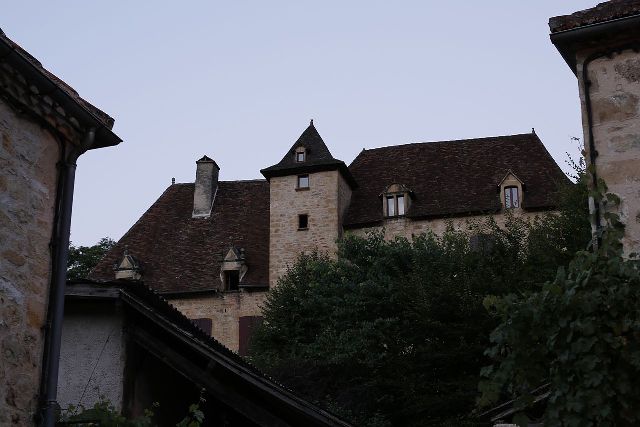 Location: Autoire, in the Lot departement of France (Midi-Pyrenees Region).
Built: 17th century.
Condition: In good condition.
Ownership / Access: Privately owned.
ISMH Reference Number: PA00095301
Notes: Château de Busqueilles is located in the village of Autoire in the Lot.The mansion has been built in the late sixteenth century or early seventeenth century by the family Sirot. The Sirot belong to the nobility dress. John Sirot (1590-1676) and his son Jacques (1633-1731) were advisors to the king Martel Seneschal. The front door bears the coat of arms and Sirot Lascazes families who were allied to the eighteenth century. It was redesigned in the second half of the eighteenth century. Some items are subject to a registration as a historic monument since April 8, 1991.The mansion consists of two main buildings connected by a square stair tower. The southern house has two floors above basements. The northern house has only one floor.