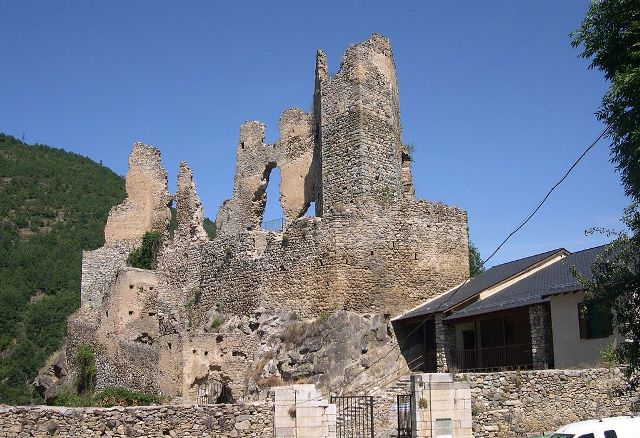 Location: Rouze, in the Ariège departement of France (Midi-Pyrenees Region).
Built: 11th-13th century.
Condition: In good condition.
Ownership / Access: Privately owned.
ISMH Reference Number: PA00093902
Notes: Château d'Usson (Occitan: Lo Castèl of So) is a Cathar castle located on a rocky promontory at the edge of the Aude, near the hamlet of Usson-les-Bains (town Rouze, department of Ariege ), in the Donezan region.Located on the border of the Viscount de Sault, it is mentioned for the first time in the early eleventh century. It was the castle of the former lords of So and Alion.

How To Get To Château d'Usson (Map):