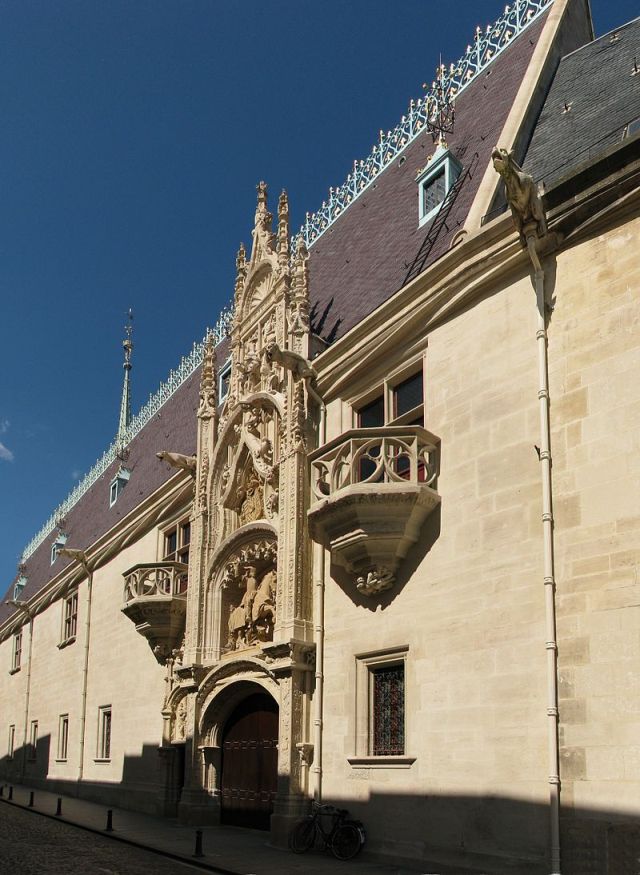 Location: Nancy, in the Meurthe-et-Moselle departement of France (Lorraine Region).
Built: 1502-1512.
Condition: In good condition.
Ownership / Access: --
Notes: Palais des Ducs de Lorraine is the former home of the Dukes of Lorraine. It is a Renaissance building in the heart of the conservation area of Nancy, just next to the church of the Cordeliers. It was the principal residence of the Dukes of Lorraine during the Renaissance until the Classical period when the court of Lorraine was transferred to the castle of Luneville. It currently houses the Lorraine Museum which traces the history of Lorrain territory from prehistory to modern times, passing mainly through the history of the Duchy of Lorraine.Following the defeat of Charles the Bold at the Battle of Nancy in 1477, the castle of the Dukes of Lorraine was in a dilapidated state. The Duke René II in 1502 ordered the reconstruction of the castle in the style of the time, namely a Renaissance palace. Work continued until 1512, under the reign of Duke Antoine is certainly the instigator of the gatehouse with its own equestrian statue.The palace was greatly reduced during the reign of Leopold, Duke of Lorraine, who had larger projects.The palace is the subject of several protections as historical monuments.The former ducal castle is the subject of a classification as historical monuments by the 1840 list.The carved cartouche, present on the keeper access door of the ducal palace is the subject of a registration as a historic monument since March 14, 1944.Morey building (facade and roof), the building of the Little Carrière (facades and roofs), the vestige of Boffrand wall of the Louvre, the former small stable leaning against the wall, the old school building against that wall (facades and roofs), and over the soil of the palace and early career been the subject of a classification as historical monuments since December 21, 2005.The inner parts of the Petite Career building are the subject of a registration as a historic monument since December 21, 2005.