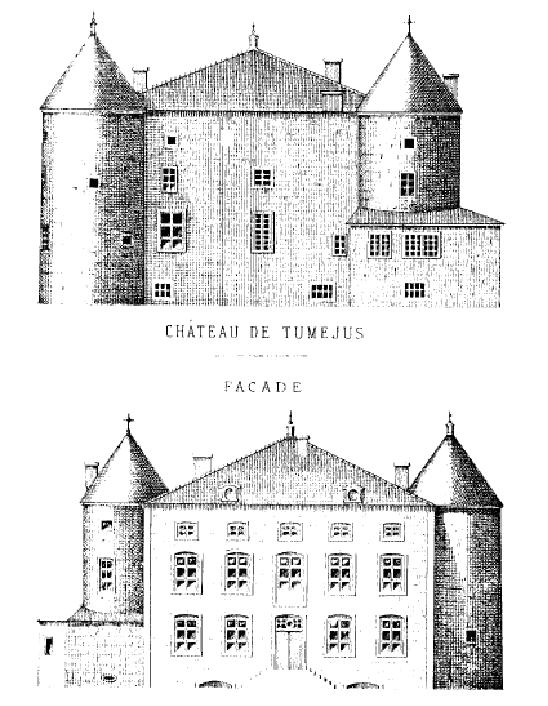 Location: Bulligny, in the Meurthe-et-Moselle departement of France (Lorraine Region).
Built: 15th century.
Condition: Ruins.
Ownership / Access: Privately owned.
ISMH Reference Number: PA54000007
Notes: Maison-forte de Tumejus is a strong house built in the early fifteenth century by Ferry I of Ligniville, Lord Ligniville, Tantonville, and other places, and his wife the Countess of Graux, Lady Tuméjus and Bulligny in 500 meters north of the village of Bulligny, the gap Tuméjus. The area is partially registered as historical monuments since 13 February 1997.Until the seventeenth century, the fortified house looks like a large square tower 16.25 m square, flanked by four round towers 8 m in diameter, with a total floor area of ​​465 m. The whole built on a plot of 6000 m2 and surrounded by moats filled with water from Fish Creek. The castle entrance, topped by battlements, is protected by a drawbridge, and provides access to the weep holes. The caves are formed of two parallel arches semicircular, communicating with each other and with the pits formed at the base of the towers, where a cell is arranged. It took days of the castle moat through doorways. North-east tower is pierced by three gunboats from 66 to 82 cm high and 5-10 cm wide, with a hole at the base of about fifteen centimeters in diameter. North-east tower, which houses the Saint-Nicolas chapel, also includes two firing openings, oval 33x58 cm. The keep is itself pierced with mullioned windows and stained glass lozenges.