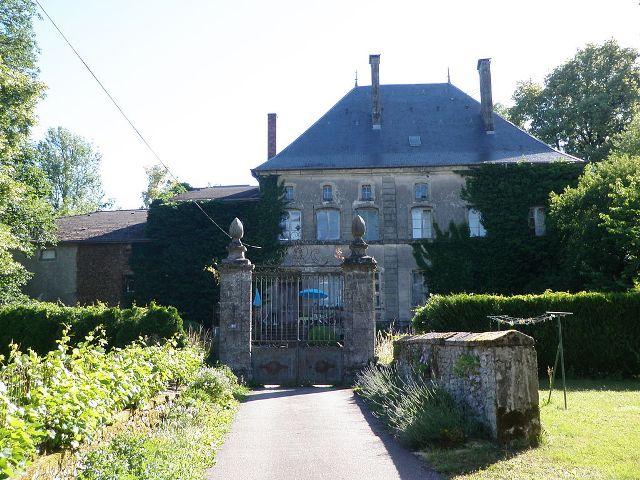 Location: Valfroicourt, in the Vosges departement of France (Lorraine Region).
Built: 16th-19th century.
Condition: In good condition.
Ownership / Access: Private property.
Notes: Château Maugiron is a castle of the town of Valfroicourt in the Vosges department in Lorraine. Stone Maugiron Grand squire of Lorraine, built the first castle in the early sixteenth century. The foundations of this first building is still seen today. In 1720 Valfroicourt is incorporated into the County Hoffelize (Bainville-aux-Saules now), and the counts of the same name come to inhabit the castle. The last Lord of Valfroicourt, Charles Georges Hoffelize, chamberlain to the emperor and king of France brigadier, rebuilt the castle in the style of the eighteenth century. But scarcely completed in 1789, the count must flee from the beginning of the French Revolution, by underground to the Abbey of Our Lady of Bonfays because his castle is besieged by angry farmers who set it on fire. The charred ruins are incorporated in a new smaller building in the nineteenth century, to be transformed into a farm. The set is saved by Mr. and Mrs. Peiffer in the second half of the twentieth century and is a listed building August 31, 1990 (facades, roofs and garden). The successive overlays of history give the mansion a strange character. Only half of the castle retains openings eighteenth century with beautiful wrought iron balconies. The interior still retains some wood paneling and fireplaces restored by Mr. and Mrs. Peiffer. At the rear of the castle was a French park, lacking maintenance now.