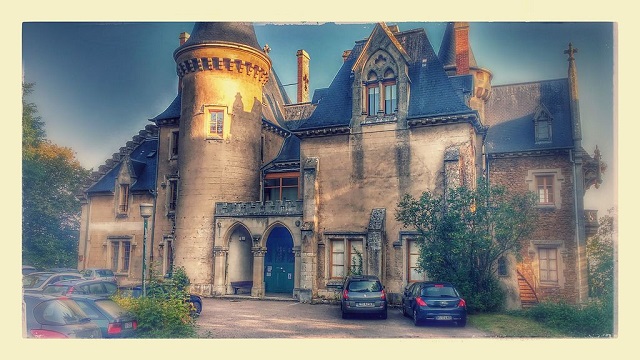 Location: Vandœuvre-lès-Nancy, in the Meurthe-et-Moselle departement of France (Lorraine Region).
Built: 18th century.
Condition: In good condition.
Ownership / Access: Owned by the town.
Notes: The castle of Montet is a castle located above the botanical garden of Montet on the commune of Vandœuvre-lès-Nancy in Lorraine.Duke Antoine de Lorraine ceded this estate to his physician in 1527, Jean Geoffroy, who built a Gothic-style house there. The bell tower of the chapel was dated 1600. The building was destroyed during the Revolution and a neo-Gothic construction replaces it in 1872. Today it is owned by the University of Lorraine. The main hall was renovated in 2007. He hosted the association HERMES from 2004 to 2007.