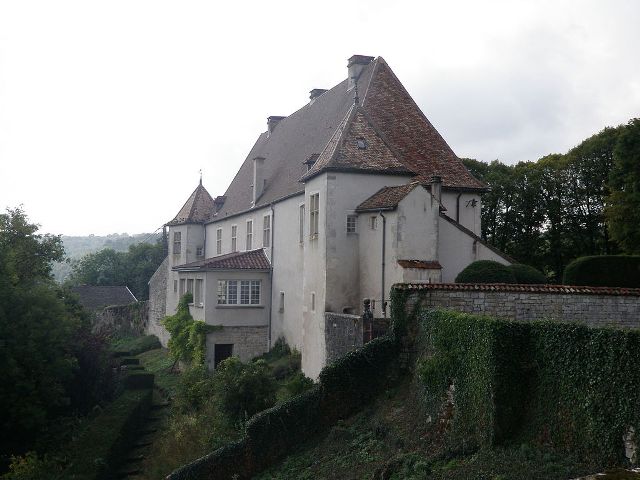 Location: Harchéchamp, in the Vosges departement of France (Lorraine Region).
Built: 12th-16th century.
Condition: In good condition.
Ownership / Access: --
Notes: The Château du Châtelet is a castle in the municipality of Harchéchamp in western Vosges department in Lorraine. The enclosure surrounds the park including a high-seventeenth-century house called Castle Couvonges. It is not to be confused with the homonymous castle of the nineteenth century, located in the same department at Bains-les-Bains. A first castle is built from the twelfth century by Thierry le Diable (or Thierry du Châtelet). He erected on a rocky promontory overlooking the Vair, a large tower that was called Chatelet. The lordship then took the name Thierry carries and transmits to his eldest son Ferri (Châtelet house). The castle is then gradually surrounded the Middle Ages strong fortifications. The stately home is rebuilt in the sixteenth century in the style rebirth, and so he came to us today. 1578 is the date carried by a cartridge by reinvestment in the access corridor to the south tower. The interior fittings are in parts remade in the eighteenth century. Voltaire attended the castle that same century, which is why the main street bears his name. At the French Revolution, it belongs to the family of Bassompierre. The castle is currently subject to any registration or classification as historical monuments.