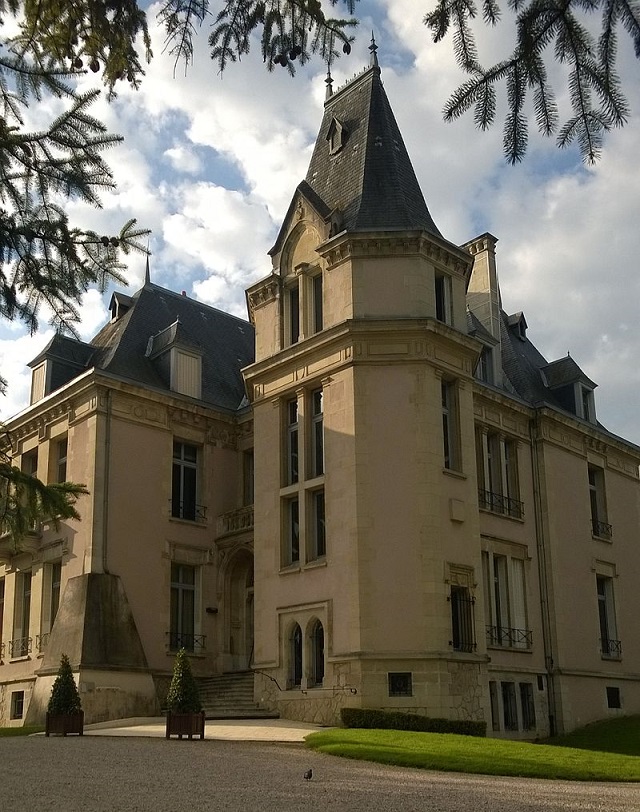 Location: Vandœuvre-lès-Nancy, in the Haute-Vienne departement of France (Limousin Region).
Built: 1726-1896.
Condition: --.
Ownership / Access: Joseph Gilles dit Provençal.
Notes: The castle of Charmois is a castle located in the town of Vandœuvre-lès-Nancy south of Nancy.Chateau du Charmois was built between 1726 and 1728 on arable land by the painter Charles-Joseph Gilles dit Provençal, born in Nancy in 1679. He lived there until his death in 1749. He decorated his house by "painting in the living room In grotesque figures all those of his time whom he did not like. " The castle is, at this time, surrounded by a French park itself surrounded by vineyards and crops that forms an area of ​​15 hectares. During the Revolution, the property of the emigrants was declared a national possession. The property of Charmois belonging to Catherine Collinet widow Lombard is divided into 5 lots and sold on 29 pluviose year II (17 of February of 1794). Several landowners succeed each other without maintaining the house. In 1896, François-Camille Jeanpierre shaves the building to raise the current manor of neo-Gothic inspiration by surrounding it with a garden in English of 4 hectares. During the Second World War, the ownership of the castle was successively requisitioned by the French Army, the Germans and the Americans. The stables of the castle sheltered a camp of German prisoners in 1945. After a leasing in 1950 to the National Education for a school house, the descendants Jeanpierre occupy it again in 1960. The town of Vandoeuvre buys the park in 1981 then the castle in 1983 and restores it in 1986 to make it a "prestige ensemble, destined for the Vandopériens".

How To Get To Château du Charmois (Map):