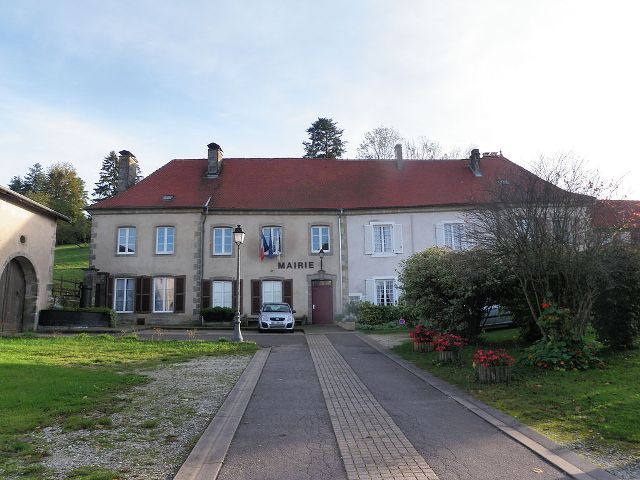 Location: Tollaincourt, in the Vosges departement of France (Lorraine Region).
Built: 18th century.
Condition: In good condition.
Ownership / Access: --
Notes: Château de Tollaincourt is a castle in the municipality of Tollaincourt in the southwest of the Vosges department in Lorraine. The castle is built in the eighteenth century. On the eve of the French Revolution, the family Tillancourt, from the Meuse, lives in the castle. Henry Tillancourt, Lord of Tollaincourt, was first arrested in 1793, then again in 1794, and his property sequestrated. Released, he will find them in poor conditions, the castle having been sacked with his library. Currently the left half of the castle is occupied by the town hall of the municipality. There been no registration or classification as historical monuments. This is the height of the village lies the castle, in front of the church Saint-Didier. An ever present entrance gate welcomes visitors entering a courtyard bordered on the left by the former common. Opposite the castle is in a rectangular shape, with two levels of elevation on the main north facade. The entrance is topped by a Christian cross. Inside are beautiful woodwork and a grand staircase. A large sloping park is located behind the building, near the south facade.