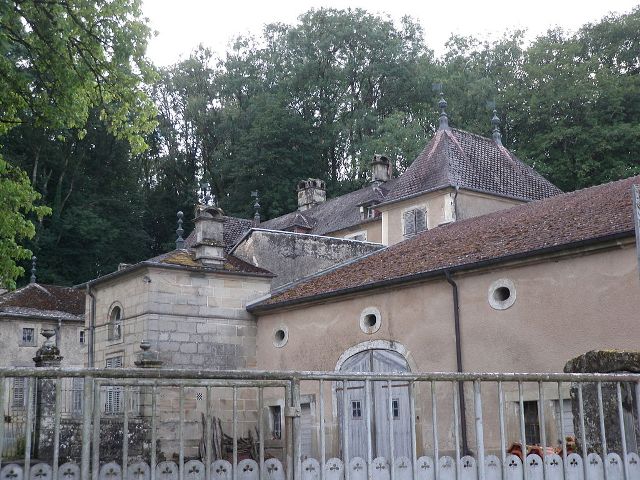 Location: Martinvelle, in the Vosges departement of France (Lorraine Region).
Built: 17th-19th century.
Condition: In good condition.
Ownership / Access: Private property.
Notes: Château de Martinvelle is a castle in the municipality of Martinvelle southwest of the Vosges department in Lorraine. The castle was built by members of the Esmez-Deutout family. This family is already present in Martinvelle the early seventeenth century as it was in the service of the dukes of Lorraine. François Esmez, Colonel of the Regiment of Epinal, is knighted by Duke Charles IV of Lorraine in 1651 for these feats at the headquarters of Epinal 9 October 1650. His arms are: azure door to flaming sword of money made in pale, topped by three golden stars up rank. He had previously been one of the defenders of La Mothe-en-Bassigny face the French armies of Louis XIV until 1645. In the early nineteenth century, Jacques-Alexandre-Esmez Deutout (1777- † 1856), 1st Baron Esmez-Deutout, colonel of hussars, Mayor Martinvelle, decided to expand some existing buildings of the era to create the main parts of castle. This one is so heavily redesigned. The castle is currently subject to any registration or classification as historical monuments.