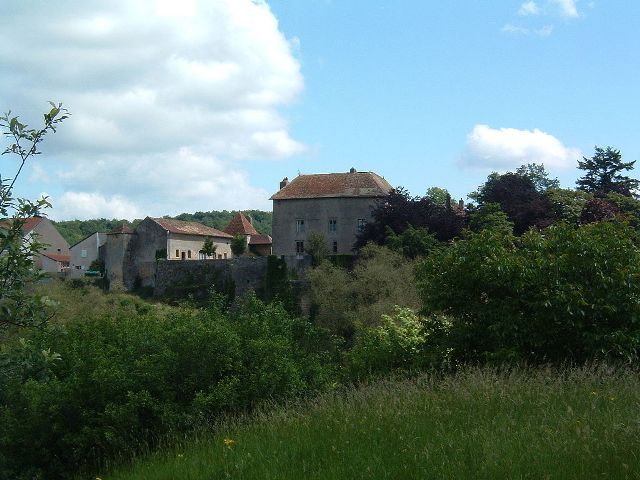 Location: Jaulny, in the Meurthe-et-Moselle departement of France (Lorraine Region).
Built: 11th century.
Condition: In good condition.
Ownership / Access: Privately owned.
ISMH Reference Number: PA00106047
Notes: Château de Jaulny is a castle dating from the eleventh and twelfth centuries Jaulny located in Alsace-Lorraine-Champagne-Ardenne.Military occupation attested from the twelfth century on a terrace overlooking the rupt de mad. The castle has a pregnant with square towers, a dungeon twelfth, fifteenth deadly, gatehouse of eighteenth access, redesigned home sixteenth and eighteenth, gate of the court and indoor banister by Jean Lamour, ornate ceilings fifteenth, vaulted rooms . According to some theories, he could welcome Joan of Arc or Jeanne des Armoises, who escaped the stake would have married Robert of Armoises, and quietly ended his days in Jaulny at the age of 42, childless. It is the subject of a partial registration as a historic monument since February 4, 1988 and a partial classification as historical monuments since April 1996.