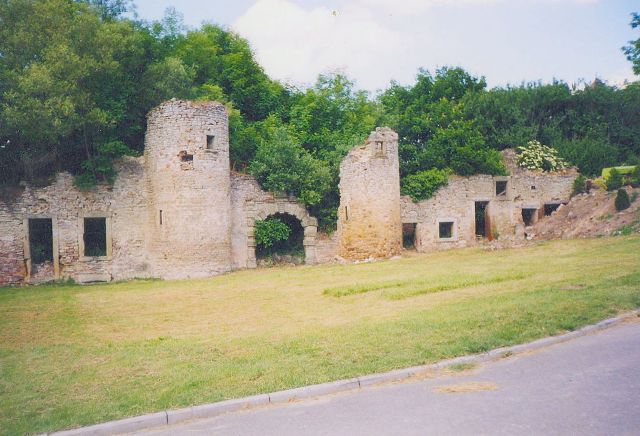 Location: Hombourg-Haut, in the Moselle departement of France (Lorraine Region).
Built: 17th century.
Condition: Ruins.
Ownership / Access: M.Berthol Alain.
Notes: The castle consists of three parts. The first part with the least old building from the early twentieth century (1910) with its structures of steel and concrete in a French neo-Renaissance style, facing the park. The second part dates from the eighteenth century, very ruined, architecture is typical of this century with its windows and door are exterior. The third part is the oldest and largest. Datable even the oldest sixteenth-seventeenth century. It consists of two towers or bastions with loopholes, a large main door to the courtyard, a long front up to one meter seventy centimeters thick and small buildings used as kitchen oriented closed.