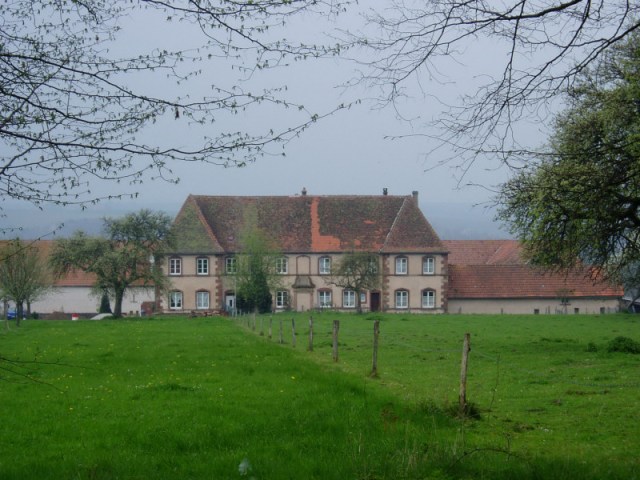 Location: Hanviller, in the Moselle departement of France (Lorraine Region).
Built: 18th century.
Condition: In good condition.
Ownership / Access: Privately owned.
ISMH Reference Number: PA00106777
Notes: Château de Gendersberg is a gap in the French town of Hanviller in the Moselle department.The castle, mentioned in 1577, is already destroyed in 1661. It was south-west of the village on a hill in the Dittenbacherwald. Castle Gentersberg is from 1445 to 1547, home bastards Knights of Deux-Ponts, who took the name. In 1547, he sold the Count Jacques de Bitche, which brings it to the lordship of Bitche. In 1620, Duke Henry II of Lorraine gives supposed for 4000 francs, but under repurchase clause, Louis Carelle, a gentleman of his chamber, commander of Bitche. In the early eighteenth century, the stronghold is in possession of the Lords of Stein and those of Diethmar Gentersberg. Castle Gendersberg built in 1723 was listed historic monument June 27, 1984.