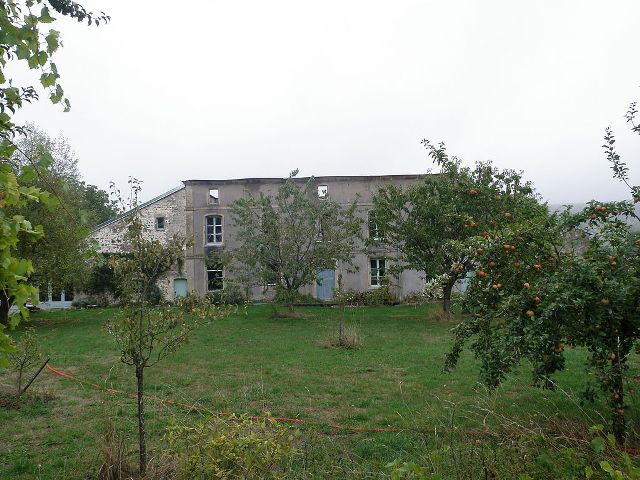 Location: Gemmelaincourt, in the Vosges departement of France (Lorraine Region).
Built: 1778.
Condition: Ruined.
Ownership / Access: --
Notes: Château de Gemmelaincourt (or Bassompierre Castle) is a castle in the town of Gemmelaincourt west of the Vosges department in Lorraine. On the remains of a former hunting lodge, the lord of Bassompierre built the present castle in the second half of the eighteenth century. yet we read today the foundation plate which bears the date of 1778. The lord of Bassompierre is the owner time with the canons of Remiremont. The castle is the property of Leopold Marquis de Hennezel Francogney during the French Revolution. He comes from a family of glassmakers in the region of the forest of Darney. During this period, the Marquis has some problems with the village mayor became prosecutor. Imprisoned in 1793 in Mirecourt, he managed to escape to Switzerland just before he was to take him to the scaffold, then serve in the army of Conde. It is up to the Restoration and even became mayor of the town. The nineteenth and twentieth centuries, the castle serves as a rectory in the town. By the mid 1980s the Abbe Antoine, who was the last village priest, is retired and no longer use the castle as a rectory. The municipality decided to recover the building, but it is in poor condition for lack of maintenance: a gutter in the roof begins to damage the floor of the first floor, having pierced the second floor. The town then redid the roof, leads reflection to make use of the castle, but none leading, eventually selling it. The next owner then robs Castle woodwork, flooring and fireplaces, which are sold separately. The painter and engraver Frank Tribute Nancy undertook to restore the building but was partially destroyed in a fire January 25, 2015. It is currently subject to any registration or classification as historical monuments. The castle is rectangular in shape with three elevation levels (ground floor and two floors). The main facade is oriented towards the village to the west, the garden facade is oriented east to Vraine. Two expansions were contiguous to the north and south of the castle.