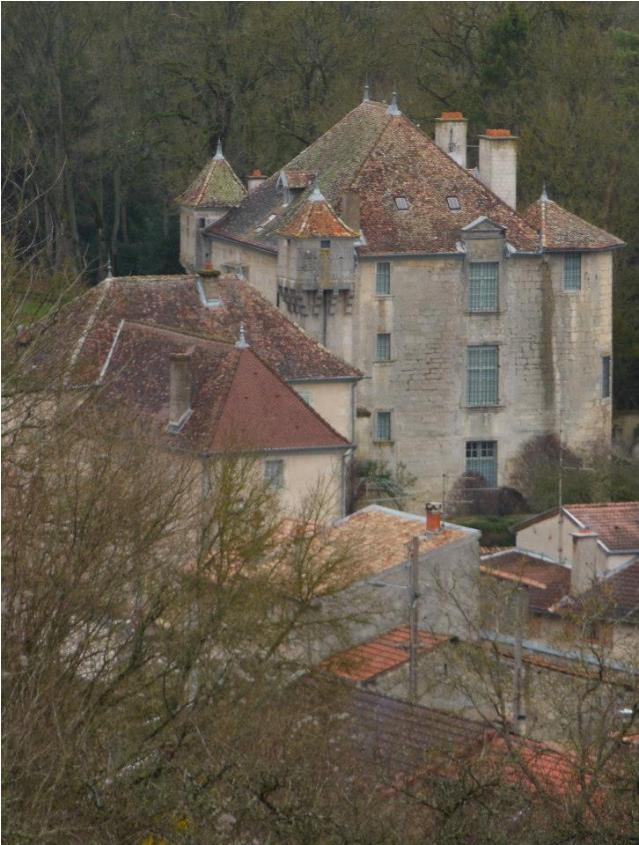 Location: Boucq, in the Meurthe-et-Moselle departement of France (Lorraine Region).
Built: 14th century.
Condition: In good condition.
Ownership / Access: --
Notes: Château de Boucq is a strong house built around 1340 by John Brixey, on the heights of the village of Boucq, of which the latter was partly the lord, replacing an old fortress built in the middle of the thirteenth century by the same family. It is partially registered in GICP since 2000.The fortified house, a square of 16 m side. Massaged his form earned him the name "fquare Tour".It is flanked by two semicircular towers angles to north and east windows breakthroughs, substituted in the sixteenth century to the shooting openings. The turret is bears traces of tearing, oriented towards the church, located a few meters further, stating, with the door of a walled floor of the tower, a former speaker making the junction between the stronghold and the church. Furthermore, notches carved in stone gatehouse prove that, at the foot of the turret, was pierced in the chamber.As for the south and west corners, both are flanked by bretèches machicolated, pierced a small opening, supported by seven consoles or stone corbels, and covered with a hipped roof. Another gatehouse, pierced with a small opening and supported by four consoles, defending the gateway to the southwest façade.The facades are pierced by windows, some with carved acanthus leaves coaching and traces of mullions of the late sixteenth century. Finally, the fortified house is covered with a hipped roof pierced by two skylights south-east of dormer on the other three sides.