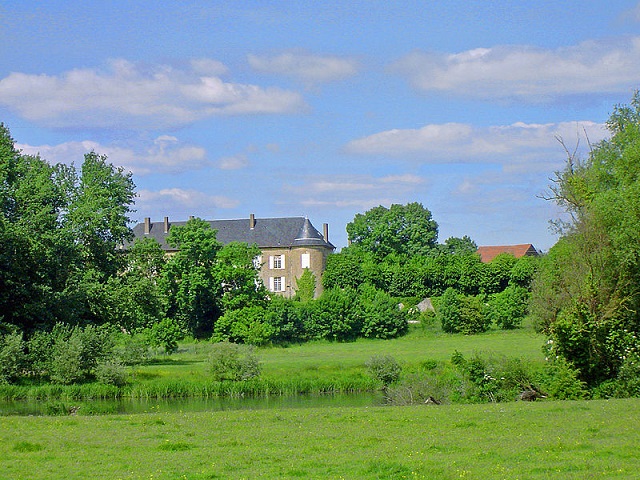 Location: Bousse, in the Meurthe-et-Moselle departement of France (Lorraine Region).
Built: 15th century.
Condition: --.
Ownership / Access: Private property.
Notes: The castle of Blettange is a French castle in the department of Moselle, part of the commune of Bousse.This castle was formerly the seat of a Luxembourg landed estate, on which depended the localities of Blettange, Bousse and Landrevange. This seigneury depended on the provost of Thionville. According to M. Bouteiller, his high justice was with the king. According to the learned society of Luxembourg, the lord shared high and middle jurisdiction with the provost of Thionville, who alone remained invested with the powers of the high justiciary. The castle of Blettange was razed in 1551.