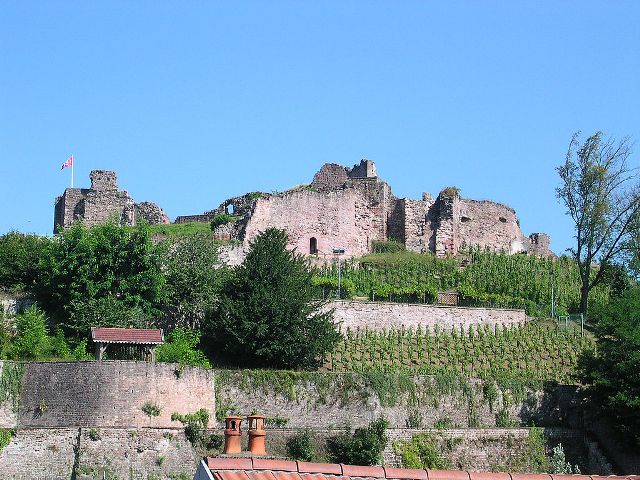 Location: Epinal, in the Vosges departement of France (Lorraine Region).
Built: 10th-19th century.
Condition: In good condition.
Ownership / Access: Owned by the Town.
ISMH Reference Number: PA00107139
Notes: Château d'Épinal and the ruins of the ancient fortress above the town of Epinal and the Moselle valley at 387 m altitude. It was built by the Bishop of Metz, Lorraine Jacques, about the middle of the thirteenth century, when succeeding a first fortress, one thousand who was with Fontenoy-le-Château and Remiremont the first strongholds of the south Vosges . Perched on a rocky ridge, it presents itself as a polygonal chamber with a powerful residential tower and a large tank filter body. The remains of the stately home and other buildings (arsenal, home of the captain, oven, chapel ...) were unearthed during the excavation of the castle in the 1980s. Expanded and adapted to the artillery by the dukes of Lorraine in the early sixteenth century, the castle was destroyed by the troops of Louis XIV in 1670. This medieval fortified complex is a historical monument since 1992.

How To Get To Château d'Épinal (Map):