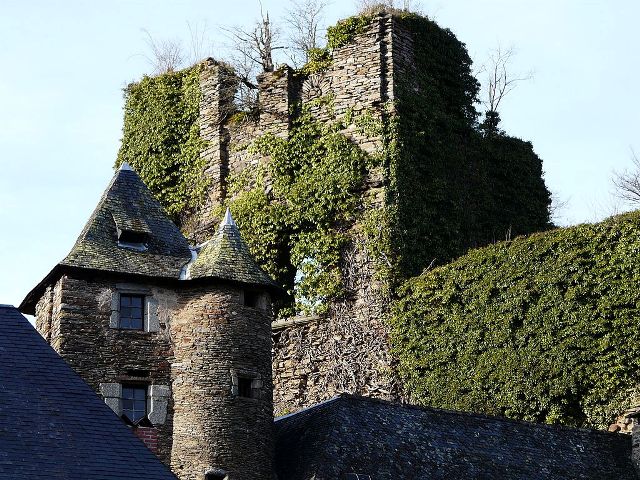 Location: Ségur-le-Château, in the Corrèze departement of France (Limousin Region).
Built: 1840.
Condition: Ruins.
Ownership / Access: Owned by the municipality.
ISMH Reference Number: PA00099890
Notes: Château de Ségur is an ancient castle, the fourteenth and fifteenth centuries, the remains of which stand in the town of Ségur-le-Château in the department of Corrèze in the region Aquitaine-Limousin-Poitou-Charentes. As historical monuments; the chapel is the subject of a 1840 list by ranking; buildings, walls and floors up the tower in full, except for the listed chapel, the stone bridge giving access to the castle and the road that leads there, partly called rue Pertinax subject to registration by a decree of 11 February 2005. The castle was an important place of Limoges viscounts is part of a whole castral (castrum) of Carolingian origin.The chapel dates from the nineteenth century.

How To Get To Château de Ségur (Map):