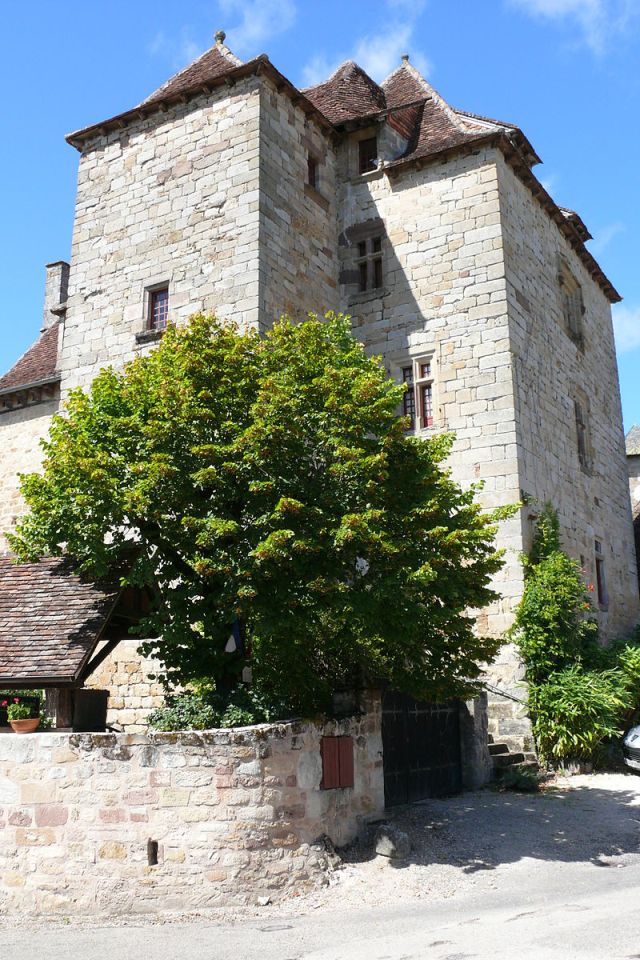 Location: Curemonte, in the Corrèze departement of France (Limousin Region).
Built: 11th century
Condition: In good condition.
Ownership / Access: Owned by a private person.
ISMH Reference Number: PA00099754
Notes: Château de la Johannie is a French castle in the town of Curemonte in Corrèze, in Aquitaine-Limousin-Poitou-Charentes.This feudal house was built in the fourteenth century by Jean.Jean Latin Johannes says, so "John Castle", they are in Curemonte from the thirteenth century. There are traces of Hugh of Johannie, squire of Curemonte in 1405, honoring the Vicomte de Turenne.Then, the house was bought by Sir Lebrun, a Martel merchant. He endows his daughter Pierre Vassal wife in 1460. But Vassal have debts and can not maintain this house. According to archive documents, the crumbling remains so.In the sixteenth century castle Johannie pass through marriage into the hands of Dambert then that of Plas.In 1971, the house is restored again. Sold in 1987, it continues to be maintained under the leadership of the architect of Historic Buildings.Castle Johannie, its facade, the roof, the spiral staircase and its four chimneys were enrolled in additional inventory of historic monument November 22, 1981.