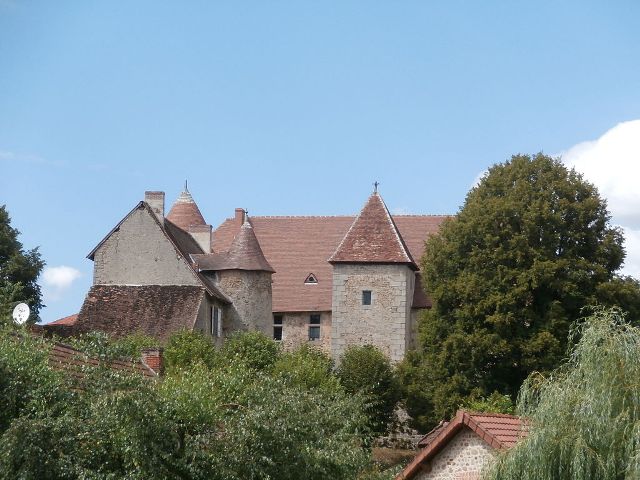 Location: Ahun, in the Creuse departement of France (Limousin Region).
Built: 10th century.
Condition: In good condition.
Ownership / Access: Privately owned.
ISMH Reference Number: PA00099979
Notes: Château de Chantemille Ahun is located in the department of Creuse and Aquitaine-Limousin-Poitou-Charentes region. It is the subject of a registration as a historic monument since March 28, 2000.The present castle was built from 1470 on a fortified site dating back to the tenth century. At the end of the tenth century it belonged to the Knights of Chantemille and passed by marriage in several knights of families of La Chapelle Taillefer, the Fort des Ternes, Pierrebuffière and also a nephew of Gregory XI, William Besse. This location could control the passage of the Creuse. The current building was built by Louis du Puy Seneschal of the March and remained in the family for 5 generations before passing through marriage to Louis Chasteigner La Rocheposay, governor of the March. He was sold for the first time in 1609 in Sainte-Feyre Mérigot family who kept it until 1845 approximately.