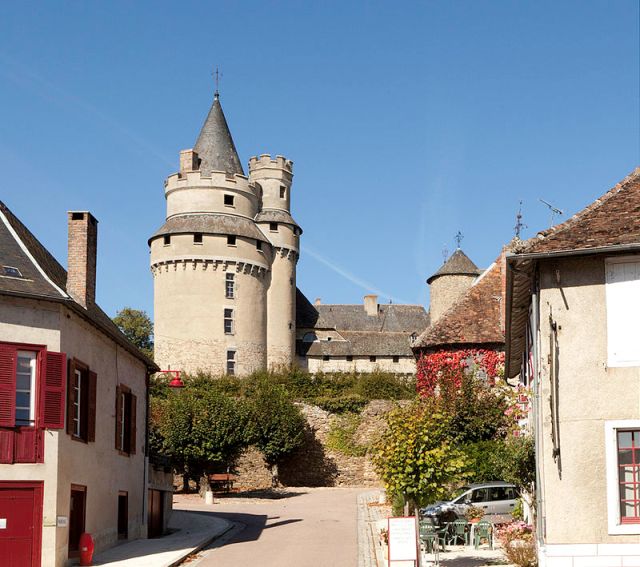 Location: Coussac-Bonneval, in the Haute-Vienne departement of France (Limousin Region).
Built: 14th century.
Condition: In good condition.
Ownership / Access: Privately owned.
ISMH Reference Number: PA00100289
Notes: Château de Bonneval is a castle of the fourteenth century in Coussac-Bonneval in the Haute-Vienne. A fortress existed since 930, but its current condition dates from the fourteenth century. It has undergone some interior remodeling the thirteenth and nineteenth centuries. The castle is relatively known to belong to the same family since its construction, and to have belonged to Claude Alexandre de Bonneval (1675-1747), who became Pasha after his conversion to Islam and his time in the service of the Ottoman Empire . The castle underwent a restoration in 1771-1772 by the architect Broussaud, then another in 1900 in the Renaissance courtyard.

How To Get To Château de Bonneval (Map):