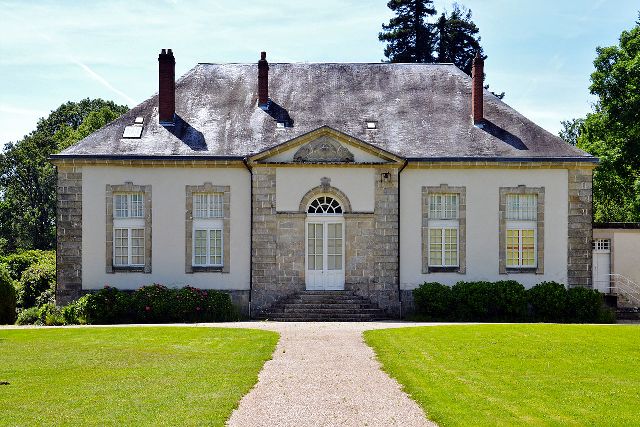 Location: Limoges, in the Haute-Vienne departement of France (Limousin Region).
Built: 1765 - 1768.
Condition: In good condition.
Ownership / Access: Privately owned.
ISMH Reference Number: PA00100336
Notes: Château de Beauvais is a castle located in Limoges, Haute-Vienne, near Landouge district. Classified as historical monuments since 1990, he is one of the many accomplishments of Joseph Brousseau conducted in the municipality of Limoges in the late eighteenth century.Built between 1765 and 1768, the building is the third successive castle in this location, taking the place of a building of the fifteenth century which there remains a fireplace and some sections of moat, itself built in the place of the first castle of the eleventh century.The castle houses in its construction home of abbots of the abbey Saint-Martial de Limoges, a distance of a few kilometers.