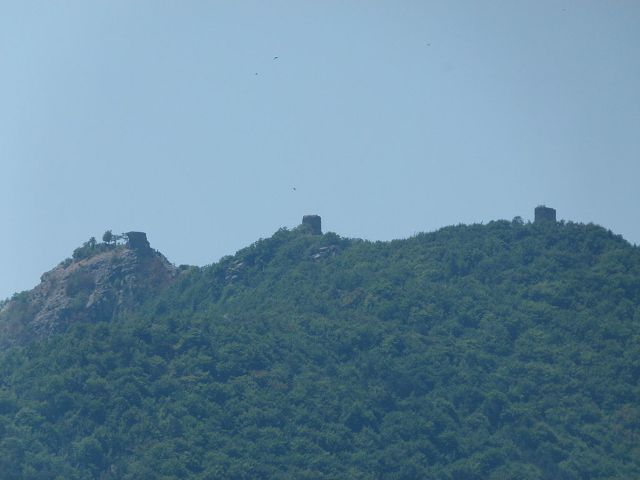 Location: Lamanère/Serralongue, in the Pyrenees-Orientales departement of France (Languedoc-Roussillon Region).
Built: 11th century.
Condition: Ruins.
Ownership / Access: Owned by the municipality.
ISMH Reference Number: PA00104133
Notes: Tours de Cabrenç or Castle Cabrenç are a medieval castle in ruins on the border between the towns of Serralongue Lamanère and, in the French department of Pyrenees-Orientales. Located on a rocky outcrop overlooking the valley, the castle has three towers. He was also provided with a chapel dedicated to Saint-Michel, of which only a few ruins. It is within walking distance Lamanère by a marked trail asking about two hours away. Built in the eleventh century, it is a listed building: in 1988 the median tower and castle ruins in 1994 for the North Tower.