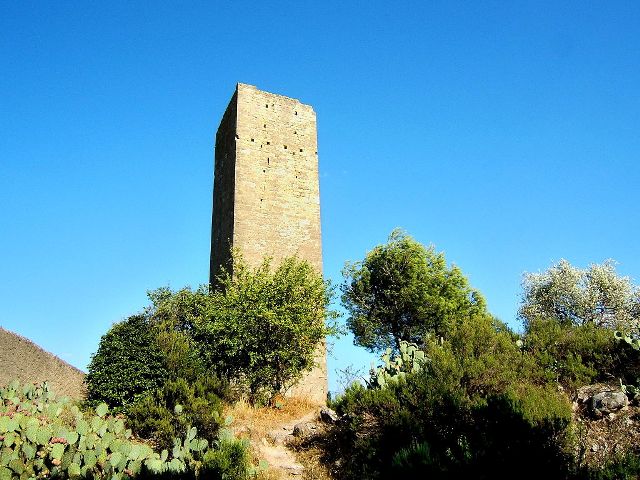 Location: Montady, in the Herault departement of France (Languedoc-Roussillon Region).
Built: 12th century.
Condition: In good condition.
Ownership / Access: --
Notes: The Tower of Montady is a dungeon located in the territory of the town of Montady in the French department of Hérault in Languedoc-Roussillon, Midi-Pyrenees.The absence of any wall primer for connecting the tower to other elements makes think that it has always been isolated. It was probably an isolated work of the old castrum, the castrum Montadino being mentioned from 1097, that of Montaditi in 1134.The tower is the subject of a registration as a historic monument since March 21, 1960.