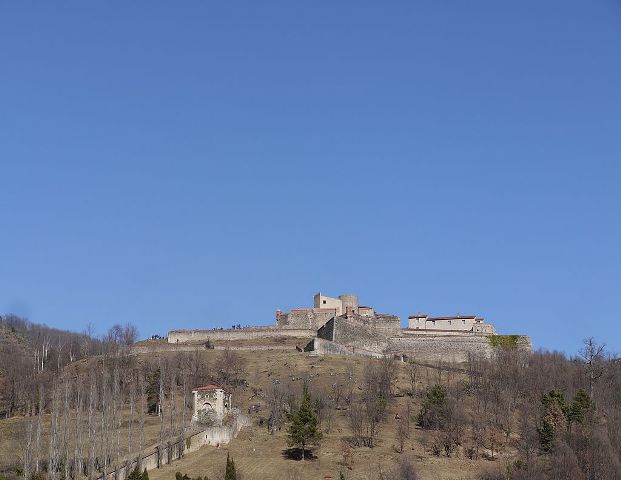 Location: Prats-de-Mollo-la-Preste, in the Pyrenees-Orientales departement of France (Languedoc-Roussillon Region).
Built: 11th century.
Condition: In good condition.
Ownership / Access: --
Notes: Fort Lagardet is a seventeenth-century citadel overlooking the town of Prats-de-Mollo in the Pyrénées-Orientales department, sixty kilometers from Perpignan and only thirteen of the Spanish border. Its mission, in addition to protecting the city lay in the monitoring of the neck of Ares, natural passage to Spain. It is a perfect example of adaptation of bastion fortification concept. Capital of Haut Vallespir, Prats-de-Mollo has become an important strategic point from 1659, the date Roussillon attachment to France. The city was fortified by Marshal Louis XIV, Vauban, who also built Fort Lagarde overlooking the scene.Fort Lagarde is classified "historical monument" since 1925.

How To Get To Fort Lagardet (Map):