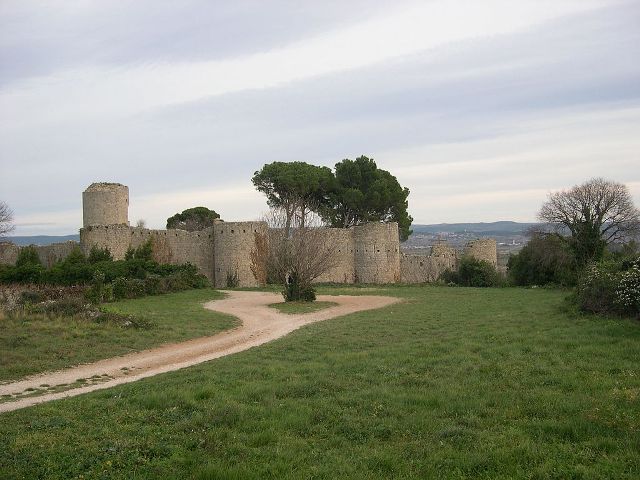 Location: Clermont-l'Hérault, in the Hérault departement of France (Languedoc-Roussillon Region).
Built: 12th century.
Condition: Ruins.
Ownership / Access: Owned by a private company.
ISMH Reference Number: PA00103438
Notes: Château des Guilhem is a strong castle located in the town of Clermont l'Hérault, in the department of Herault. It was the subject in 2004 and 2007 consolidation works.It seems clear that older buildings have existed.After a number of turbulent periods when the castle was a shelter for the local population, it was gradually abandoned from the seventeenth century. Thanks to its high state of disrepair, he escaped the widespread destruction of castles by Cardinal Richelieu. However, it was abandoned and the ravages of time have seriously damaged the castle.the only remains are the fortifications, two vaulted rooms, and the keep or tower Guilhem, which continues to dominate the city from the top of the hill. The site remained closed from 2009 to 2013 to the public because of the risks for visitors. It was reopened August 12, 2013.