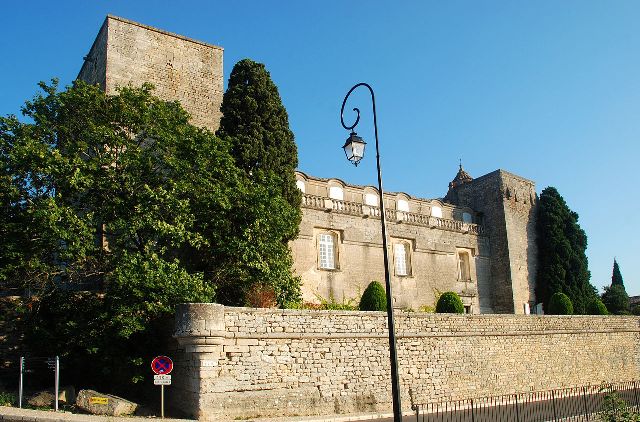 Location: Villevieille, in the Gard departement of France (Languedoc-Roussillon Region).
Built: 16th century.
Condition: In good condition.
Ownership / Access: Privately owned.
ISMH Reference Number: PA00103323
Notes: Château de Villevieille is located in the town of Oldtown next to Sommières in the French department of Gard and the region Languedoc-Roussillon, Midi-Pyrénées.Le castle was a historical monument July 2, 1971.The origin of the castle dates back to the nineteenth century, possession of Bermond, lords and Sauve Anduze. 1240, St. Louis dispossessed Pierre Bermond, grand-son of the Count of Toulouse, of all his property in Bas-Languedoc. St. Louis, staying at the castle in 1270, before leaving for the Eighth Crusade. Pierre Scatisse, royal treasurer bought the castle in 1365. In 1529, Bernard Paved bought the castle which remains since then in its offspring.Wars of Religion spare neither Sommières nor Villevieille. During the third seat of Sommières, Louis XIII signed August 17, 1622 the surrender of the city to the castle. Unlike its neighbors, the castle was not damaged during the Revolution. From 1913 to 1960, the castle unoccupied deteriorates. In 1960, The Earl and Countess of David Beauregard undertake the restoration of the castle and receive the price of Masterpieces in Danger in 1968.

How To Get To Château de Villevieille (Map):