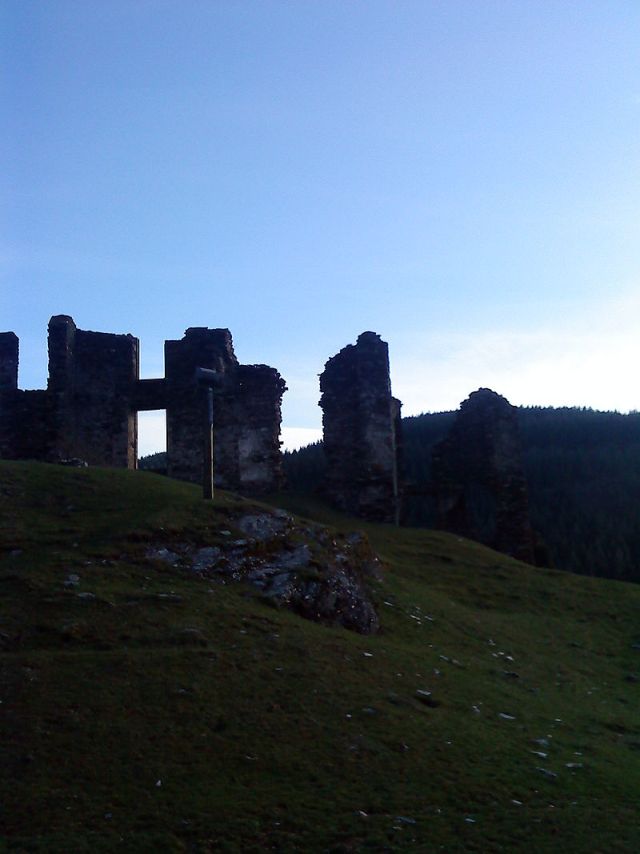 Location: Saint-Julien-d'Arpaon, in the Lozere departement of France (Languedoc-Roussillon Region).
Built: --
Condition: Ruins.
Ownership / Access: --
Notes: Château de Saint-Julien-d'Arpaon is a castle located in Saint-Julien-d'Arpaon in Lozère, France.The castle is located in the municipality of Saint-Julien-d'Arpaon in Lozère, near Florac, sub-prefecture of the department. The village of Saint-Julien-d'Arpaon is bathed by the Mimente, along the national road 106.We find the first mention of the village in the thirteenth century as a possession of the Lords of Anduze. This powerful family has indeed Gévaudans the Barony of Florac, one of eight in the province. However in 1266 the Bishop of Mende, Odilon de Mercoeur acquired it.In 1618 the castle, then owned by the family of Gabriac is dismantled. However in the eighteenth century, the castle returns by inheritance to the family of Montcalm, Rouergue family having many possessions in Gevaudan, who restored the building.The castle then suffer the ravages of time, and is now in ruins, though better preserved than many castles in Gevaudan.