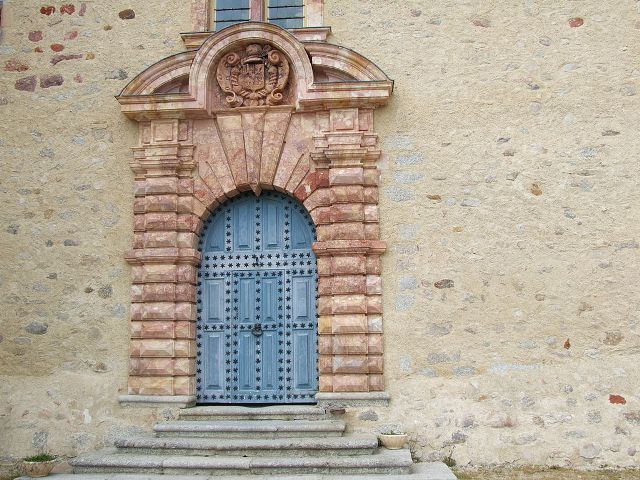 Location: Saint-Alban-sur-Limagnole, in the Lozere departement of France (Languedoc-Roussillon Region).
Built: 15th-17th century.
Condition: Ruin.
Ownership / Access: Owned by the department.
ISMH Reference Number: PA00103910
Notes: Château de Saint-Alban is a castle located in Saint-Alban-sur-Limagnole Lozère. He is on the path of the Via Podiensis, one of the ways of the pilgrimage to Saint Jacques de Compostela. Former property of the barons of Apchier and barons dial Morangiès it is used since 1824 as a psychiatric center. It is the subject of a classification as historical monuments since July 11, 1942.The first mention of the presence of the castle dates back to the twelfth century. In 1188, Guérin Apchier honors the bishop of Mende William IV of Peyre. But it is likely that he was present before, or that the medieval fortress preceded on the same site. It was located in the barony of Apchier one of eight baronies of Gevaudan.