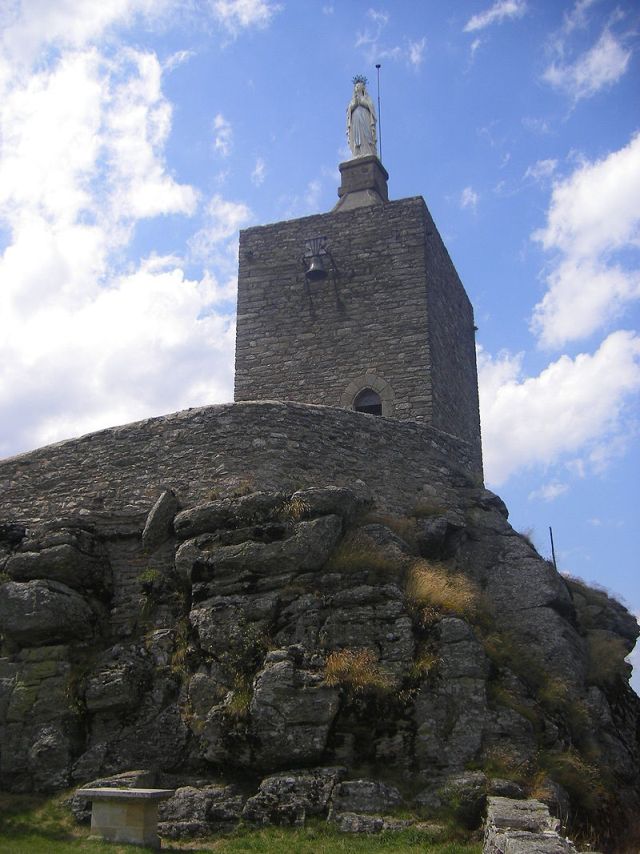 Location: Luc, in the Lozere departement of France (Languedoc-Roussillon Region).
Built: 10th century.
Condition: In good condition.
Ownership / Access: Owned by the municipality.
ISMH Reference Number: PA00103838
Notes: Château de Luc is a castle located in Luc in Lozère, in the former province of Gevaudan. It is now in ruins, but since 1978, redeveloped by a backup association, the Friends of Luc Castle.The castle is first a possession of the Lords of Luke became through marriage, related barons Randon (installed near Rieutort-de-Randon and the Châteauneuf-de-Randon), one of the eight baronies Gevaudan. He then became a possession of Polignac, although parts depend on neighboring lords (a tower of the Agrain Hubacs, another of the BOURBAL Choissinet). In 1380, during the Hundred Years War, it is besieged by a road band. The refugee population there will be rescued by ten gentlemen surrounding. They are taken by three lords, whose Beraud Agrain of the Ubas.During the sixteenth century wars of religion, a garrison settled there to protect this part of Gevaudan. The castle was then destroyed in 1630 after the request of Richelieu, as will be made from that of Châteauneuf-de-Randon and Grèzes. In 1878, the tower was converted into a chapel and statue of the Virgin Mary still present at the top is then installed. The castle ruins were listed historical monument February 10, 1986.

How To Get To Château de Luc (Map):