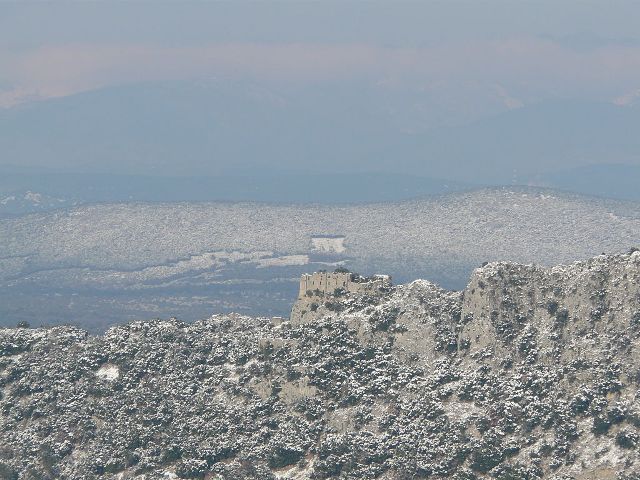 Location: Rouet, in the Aude departement of France (Languedoc-Roussillon Region).
Built: 12th century.
Condition: In good condition.
Ownership / Access: Privately owned.
ISMH Reference Number: PA00103681
Notes: Château de la Roquette also known today as Viviourès castle name, is a chateau in France in the territory of the town of Rouet north of Montpellier in the department of Herault.The first known mention of the castle dates from the twelfth century under the name Chateau de la Roquette (Castrum Rocheta), it belonged to Count Melgueil (Mauguio). He formerly served as stronghold but also residential.Property Lautrec family in the sixteenth century, it is then abandoned and falling apart. The castle name Viviourès come from a family that occupied a farmhouse next to the fortress until the eighteenth century. This family was called "Bevieures" that would come from the Occitan "well viure" (place to live).