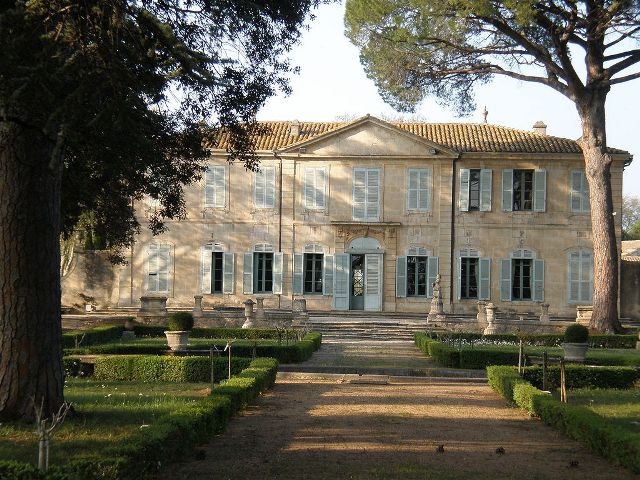 Location: Montpellier, in the Hérault departement of France (Languedoc-Roussillon Region).
Built: 1715.
Condition: In good condition.
Ownership / Access: Now managed by Viscount Gaston de Saporta.
ISMH Reference Number: PA00103527
Notes: Château de la Mogère located in Montpellier, near the new district of Odysseum, Montpellier Folie is a feature built in 1715 and listed historic monument since 1945.The field of Mogère was purchased by Fulcran Limozin in 1707. Construction began in 1715 following the plans of architect Jean Giral also author of numerous monuments like the hotel Cambaceres-Murles place of Canourgue. It remains from the second owner in the same family. He belonged among others Jacques Joseph Boussairolles (1741-1814) who was at the Court of Auditors, and Chairman of the Imperial court and Baron of Empire in 1813. It is now managed by Viscount Gaston de Saporta who will guide you to a possible tour. The water buffet (see photo), the pit located in front of the buffet of water, the aqueduct and the fountain are classified as historical monuments by order of April 20, 1945 while the facades and roofs of the castle and common and the entire park are ranked from 1 April 1966.