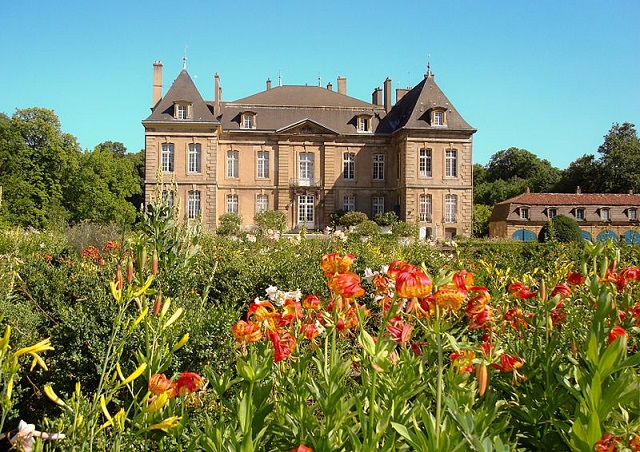 Location: Manom, in the Aude departement of France (Languedoc-Roussillon Region).
Built: 1731.
Condition: --.
Ownership / Access: Private property.
Notes: The castle of La Grange built in 1731 is located at the place Grange at Manom (Moselle) in Greater East. It is classified as a historical monument since February 1984. Located halfway between Metz and Luxembourg City, the castle and its Jardin des Prairiales are open for visits.A castle is mentioned as early as 1106. It belonged successively to the La Grange family, and then passed at the end of the fourteenth century to the Solouvres family. From 1445 to the beginning of the sixteenth century he belonged to the Chinery family, then to the Brandenburg family until 1657 to the Argenteau family until 1701 when it was acquired by Brice Gomé des Hazards. The castle which was ruined by the Thirty Years War was then rebuilt by his son Christophe Gomé des Hazards from 1731 on plans of the architect Robert de Cotte and sold to Fouquet in 1752 to return to the family of Bertier In 1803. During the two world wars, it was busy and very damaged. It has been restored since 1950. The Château de la Grange saw the stays of Casanova, the Duke and Duchess of Windsor, and Colonel de Gaulle.

How To Get To Château de La Grange (Map):