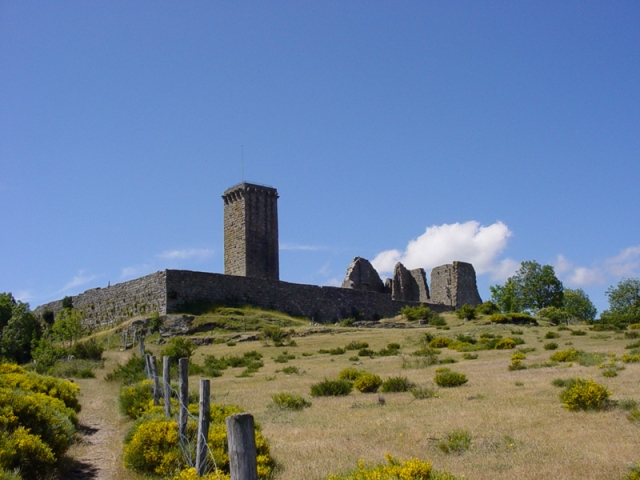 Location: Prévenchères, in the Lozere departement of France (Languedoc-Roussillon Region).
Built: 13th century.
Condition: Ruin.
Ownership / Access: Owned by the municipality.
ISMH Reference Number: PA00103898
Notes: Château de La Garde-Guérin of La Garde-Guerin is a castle located in Prevencheres, France.The tower, dated twelfth century, is actually the medieval tower of the castrum. Square plan, high 21.50 meters, it has five levels and offers a unique projection apparatus in the region. At the foot of the tower are visible the remains of the stately home that belonged to noble consuls of the Garde-Guérin. It is not of medieval origin because it is not listed in the "vidimus" of 1364. It dates from the sixteenth century but was destroyed by fire in 1722.The building is classified as historical monuments in 1929.

How To Get To Château de La Garde-Guérin (Map):