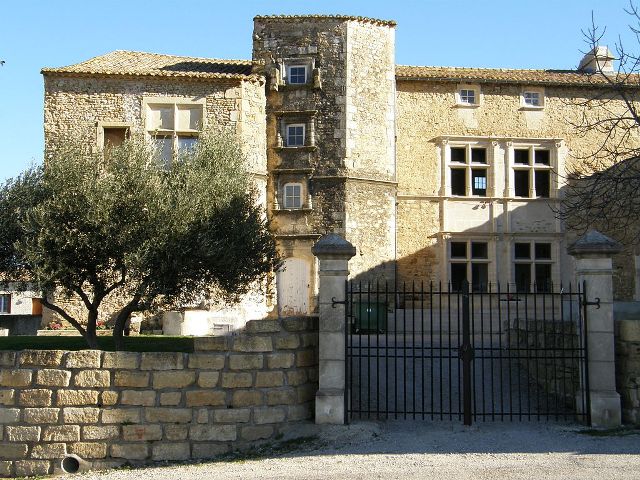 Location: Générac, in the Aude departement of France (Languedoc-Roussillon Region).
Built: 16th century.
Condition: In good condition.
Ownership / Access: Privately owned.
ISMH Reference Number: PA00125484
Notes: Château de Générac is located Generac Castle, in the Gard department in the Languedoc-Roussillon region.According to tradition, the Castle of Generac was built in the eleventh century. Like the village land, he would notably belonged to the counts of Toulouse, the Order of the Temple, William of Nogaret and was largely redesigned by the great priory of Saint-Gilles in the sixteenth century. However, some recent research would date the entire edifice of the mid-sixteenth century and would attribute the construction priors Jacques Manas and Geraud de Massas. The priors of Saint-Gilles retained the castle until the Revolution. In 1788, the castle is attributed leased to a man named Jacques Archinard. In 1791, the building and its land declared "national assets" are shared by many lots sold to farmers of the municipality or region. From the nineteenth century, the castle was occupied by several families. On 25 May 1993 he was the subject of a registration the inventory of historical monuments. Currently, it is owned by the town that has supported its restoration. Part of the building houses the Museum of cooperage since 1995.