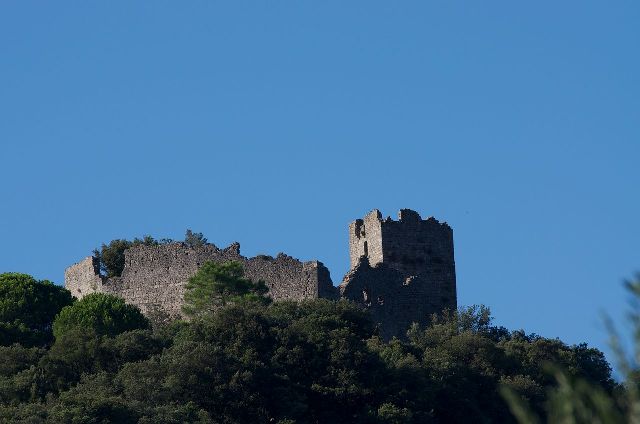 Location: Fressac, in the Aude departement of France (Languedoc-Roussillon Region).
Built: 13th century.
Condition: Ruins.
Ownership / Access: Owned by the municipality.
ISMH Reference Number: PA00103339
Notes: Château de Fressac is a medieval castle in the town of Fressac in the Gard department. It is registered with the additional inventory of historic monuments because of its architectural interest.The tradition relates that he would have hosted Blanche of Castile, mother of St. Louis.In the eighteenth century, during the war of the Camisards, it is a refuge for populations locales.La Verdelhan family of Molles was sold to the town in 1992 for a symbolic one franc.

How To Get To Château de Fressac (Map):